Professional Leaders of Women and Girls 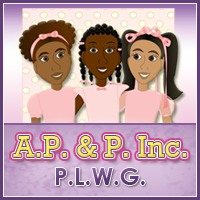 Get Your NBWHM T-Shirt Today!

ABOUT A Sister to Sister/NBWHM

In 2007, the first A Sister to Sister Interfaith Dialogue Event & Spiritual Rally was held in Lafayette, Louisiana.  Organized as an outreach effort by Vanguard Educational Services, this event marked a change in community outreach as it delved into the complexities regarding problems, challenges and issues facing black girls and women.
The Degradation of Black Women


This is a call and a challenge to all people regardless of sex, race, class or status.  We are definitely beyond the time when it was "fun," "cool" and/or even acceptable to characterize women, particularly black women based on their "booty," i.e., various raps about "buts"/"booty" by Sir Mix Alot, Salt & Peppa, E.U. and a few others.

Well booty has come along way and the portrayal of women has reached an ALL TIME LOW.  So first let me define what is most likely implied by "booty" today?

I define booty as the negative, generalized sexual stereotypes that degrade, dehumanize and devalue the essence of women, particularly as applied to black women in American society through mass media.  Indeed, the most effective launch of "booty" has come through present mainstream mass media, particularly music, that calls on girls and women, especially black girls and women, to drop it, bounce it, shake it, 'ho' it and encourages listeners, particularly men, to smack it, flip it, rub it, use it, abuse it and most importantly to pimp it.

Even with the latest "Freak Nik: The Musical Movie"  we the so-called post-racial people have yet to even get serious enough to attack sexism, and sexual oppression, and the degradation of black women.  Even when some insulted the first lady Michelle Obama by talking about her "booty," some of us actually dismissed the insult probably because we have rationalized these mass media portrayals as "entertainment."    After all what's good enough for the gander is good enough for the goose?!!

That's why I am launching this campaign.  We have campaigns for mentoring our children, yet nothing for our women?!!!  Stop the madness!!!

When will we have the post-sexism era, post-sexual degradation of women era, dehumanization of women era?  I say the time is NOW.  And If not now, WHEN?!!  Sojourner Truth asked, "Ain't I a Woman."  We demand RESPECT.  Are we (particularly black women in America) still the SPOILS of WAR (prisoners of mass media portrayals and characterizations therefore defining our relationship realities and sexual selves by what is portrayed through mainstream mass media)?!!   I say YES, and we must come to grips with this cold hard truth and take back our dignity and demand respect and call for an end to this debauchery once and for all!!!

Therefore, I am  launching "The DEATH of BOOTY" campaign!!!